This is a film, which received favorable reviews at the time that it was produced in 1959 by Alfred Hitchcock using VistaVision , starring Cary Grant, Eva Marie Saint and James Mason.  It’s a suspenseful, spy thriller that has an innocent man is wrongfully accused of crimes who then becomes an everyday hero, and that has many elements commonly seen in Hitchcock films.  This paper will address some of these themes, character usage and filming techniques which enhance the film to make North by Northwest the masterpiece that it is. Some of the common elements we see are the usage of phobias, the usage of clothing to shape our perception of characters, an untrustworthy female, and a dysfunctional mother-son relationship.  All of these elements can be seen in other Hitchcock films such as Psycho or Vertigo, so that will also be addressed in this paper.  In addition to this, it will look at the way certain aspects of the film were shot, including a specific scene (the famous crop-dusting plane scene) and the scenes where famous American sites are filmed.  The paper will talk about all these elements that come together to make the film so excellent.

The Hitchcockian device of the “wrong man” appears in his 1959 spy thriller North by Northwest. This plot device can be seen in several other movies he directed, such as The Wrong Man, Saboteur, and The 39 Steps. Due to its prevalence throughout Hitchcock’s works, some scholars, such as Stanley Cavell in his essay appearing in Critical Inquiry, have come to recognize it as the “typical-Hitchcockian narrative” that first appeared in The 39 Steps and gradually evolved through the years. The goal of my paper is to examine how the plot of North by Northwest is driven by this device and its role in character development. I will also discuss how the case of the wrong man serves as a basis for other Hitchcockian themes to appear, such as incompetent authority figures and police, the ordinary person in strange situations, and the MacGuffin of the microfilm and government secrets. Finally, I will discuss how North by Northwest uses this Hitchcockian device to parody previous films of the spy thriller genre while still being an exciting thriller that is still enjoyed today. 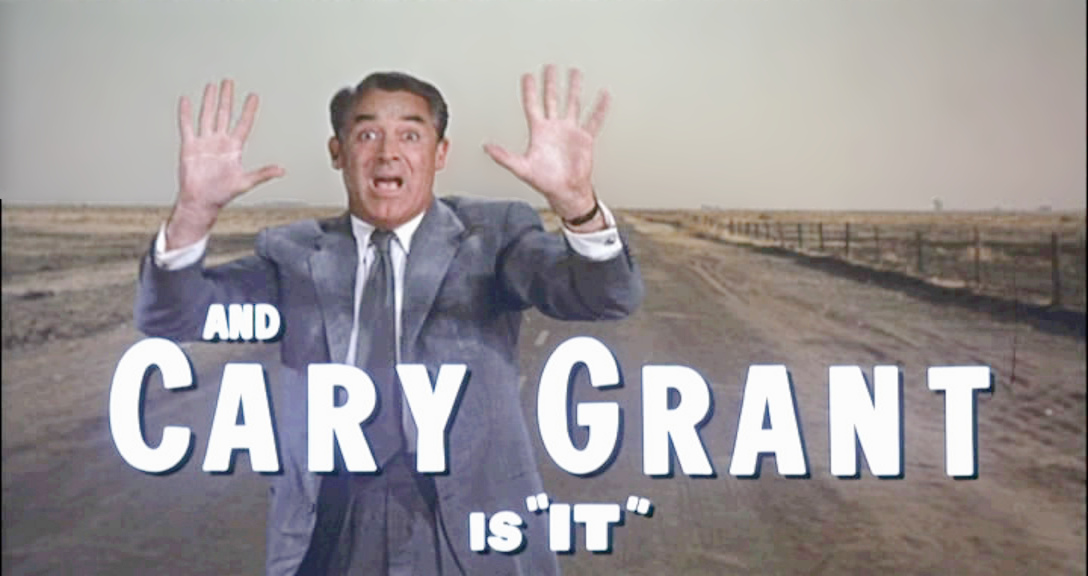 My focus of study was the collaboration of Alfred Hitchcock and Edith Head.  Hitchcock is one of the most well known directors and Edith Head is the most celebrated costume designer in history. One of the subjects emphasized this semester was the importance of a healthy collaboration and it was obvious that the pair worked well together.  They boasted a production of eleven films in their collaboration, more than any other costume designer Hitchcock worked with.  In my paper I focus on how Edith Head worked with Hitchcock to use costumes as a plot device, to define femininity, and create the style of the Hitchcock heroine and their connection in their professional and personal relationships.  Hitchcock trusted Head a great deal.  He would be a fool not to — Head was the recipient of eight Academy Awards (nominated for 34) in a career spanning six decades while working on 1,131 films with primary design credits in over 350.  The major sources for my research included Edith Head: The Life and times of Hollywood’s Celebrated Designer compiled by David Chierichetti and Edith Head’s Hollywood compiled by Paddy Calistro, both containing first hand accounts as told by Head about the process of working with Hitchcock.  The paper spans the timeline of their collaboration, from the beginnings of Head’s career and how she came to work with Hitchcock and their final project together.

This 1930’s classic movie of Hitchcock’s is analyzed for its strong sexual content, profanity, and sexism.  Even though this was still technically early in his career, Hitchcock was making profound statements about the ignorance of society.  This paper argues that Hitchcock made statements on topics so controversial that the audience at the time was not ready to handle them, and would have been better received in a society much like today.  The reason that there are so little sources on the film itself is due to the fact that nobody wanted to talk about sexism or sexuality in 1930.  On top of this, the market was crashing and nobody had the money to go out to appreciate the film.  The film contained the most famous motifs, such as shadows across faces, a cameo from the director himself, and a falsely accused victim.  The hero of the film is much like that of The 39 Steps in the sense that the protagonist is has to go on a quest to discover a covered up truth.  Hitchcock, the master of suspense, has already come into his his voice as a director and this film rings with meaning even today.

Grace Kelly’s role in these two films from 1954 will be examined. This paper focuses on Hitchcock’s negative depiction of women in these two films regarding the Hitchcock blonde, the victimization of women with their roles in society, and romantic irony. In these two films, Kelly is placed in two very different situations. In Dial M for Murder, Margot’s husband plots  to murder her, but in Rear Window, Lisa notices suspicious behavior taking place in the Thorwald’s apartment. Kelly therefore “switches places” as she reverses from a murder witness to the individual to be murdered. Both of Kelly’s characters, Lisa Fremont and Margot Wendice, will be examined and compared in both films with a larger focus on her role in Dial M for Murder. Using the analysis of Richard Allen’s analysis of Hitchcock’s films, published in 2007, the romantic irony and victimization of women will be inspected. This paper argues that Dial M for Murder and Rear Window give a negative connotation to women.

This piece of contemporary art is a short film in which Lewis explored rear projection, a technique in which actors stand in front of a screen onto which background footage originally shot outside is projected. The film looks as if it was shot in an outdoor ice rink, however it was actually filmed inside a theater. Hitchcock’s Saboteur (1942) seems to have influenced this piece of artwork. In this film, as in Lewis’s work, rear projection was used. In Saboteur, it was used in the scene in which Pat Lane and Barry Kane are dancing in the ball room. In both of the film and the short film, this technique wasn’t necessary; however, it was used purely for aesthetic purposes. It is beneficial because it’s used to isolate the two main characters from the rest of the crowd, putting an emphasis on their relationship.

Alfred Hitchcock’s Saboteur was one of the first films he made in America. The 1940s brought about much change for Americans with the onset of World War II in 1939 and America’s entrance into the war following the bombing of Pearl Harbor. This paper argues that in this film, Hitchcock attempts to endorse the Allied war effort in America through the use of propaganda; he does this specifically through the themes, motifs, characterization, and the plot, which are examined in this paper. Gustianis and DeSilva’s analysis of the importance of narrative films to the history of war propaganda serves as a good starting point for my paper; they argue that narrative films are just as important, if not more important than documentaries. The paper examines how important the plot was in drawing its’ audiences in and how it enabled them to root for the protagonist and against the saboteurs. In conclusion, this paper argues that Hitchcock took advantage of Americans being drawn to films like Saboteur during this period and his incentives for making it were a mix of him wanting personal success and attempting to pull Americans into the war.

Released in 1959, North by Northwest is a film about an advertising executive, Roger Thornhill (played by Cary Grant), who is mistaken for a U.S. spy. This causes him to nearly be killed on a number of occasions by enemy spies led by Phillip Vandamm (James Mason). This paper discusses the theatrical themes found in North by Northwest, especially the “play within a play” motif. This paper also explores the importance of Cary Grant as its star. It discusses the true identity of George Kaplan, the spy Thornhill is mistaken for. Importantly, this paper also discusses the host of roles Thornhill assumes in his attempt to survive, clear his name, and save the spy he has fallen for, Eve Kendall (played by Eva Marie Saint). This paper cites the work of scholars such as Stanley Cavell and Robin Wood, whose textbooks are used in this class, as well as other Hitchcock analyzers like Leslie Brill and Richard Allen. North by Northwest, containing famous scenes such as the “crop duster sequence” and the “Mount Rushmore descent,” is considered one of Hitchcock’s greatest films, and this paper offers a view as to what makes it so great.

Rebecca, the 1940 Academy Award winning film, is most notably remembered as a commercial success among audiences, however was harshly critiqued by both critics and even Hitchcock. Hitchcock revealed in an interview with famed film critic Francois Truffaut, that he personally believed “Rebecca” lacked in true “Hitchcockian” themes and elements. This paper argues against this principle that Rebecca lacked flair from the Master of Suspense’s famed auteur brand. Critics argue that Rebecca is branded distinctly by Hollywood mogul David O. Selznick, as a big-screen Hollywood adaption of a beloved novel such as seen in Selznick’s Gone with the Wind. However, despite the combative relationship between Director Alfred Hitchcock and Executive Producer David O. Selznick, there are distinct “Hitchcockian” visual themes throughout the film Rebecca. The film contains many familiar visual motifs from previous British period movies, and utilizing Rebecca’s grandiose budget, Hitchcock was able to further experiment and expand on these visual themes for use in future films. These themes include but are not limited to driving scenes, characters descending staircases, shadows falling across faces, dark figures contrasted against light, and close up portraits of faces before a dramatic kiss. This paper however, argues beyond these well-known Hitchcock auteur visuals in the implications that even the psychosexual, feminist controversy surrounding Rebecca proves to be an underlying theme found in nearly all Hitchcock films. It is this surplus of similarities and themes found in Rebecca and all Hitchcock films, which constitutes the notion that Rebecca, although commercialized, is a true “Hitchcockian” masterpiece.

The paper focuses largely on Hitchcock’s editing style, particularly on his skillful camera movements and integration of shots and cuts. This paper argues that these elements stimulate the suspense throughout the film, making it one of Hitchcock’s cinematic masterpieces. A small portion of the paper will deal with suspense films in a general aspect as well as dealing with the elements that make up the genre and how it triggers people to feel such anxieties. Several references to critics are integrated as well as their input on the relationship between the director and suspense. There are several important scenes and sequences that are worth discussing. However the paper is limited to examining only three essential sequences. These scenes include the key retrieval, poisoning of Alicia, and descent down the stairs (final scene). Not only are these sequences filled with a variety of unique editing techniques, it also creates substantial suspense within the context of the plot. The paper will go into a shot by shot analysis of each sequence, allowing it to get the most out of the film.