My paper argues that in the film North by Northwest, the leading man, Roger Thornhill, develops into a more well-rounded, mature individual in three major stages. Roger Thornhill’s character development is influenced by three major catalysts: being mistaken for George Kaplan, meeting Eve Kendall, and the Professor’s revelation over the true nature of the situation Thornhill has become embroiled in. North by Northwest provides insight into Hitchcock’s movie-making process by revealing connections between North by Northwest, Hitchcock’s earlier film, The 39 Steps, and John Buchan’s novel, The 39 Steps. The paper also provides clues as to why Cary Grant was chosen to play the role of Roger Thornhill and insight into Hitchcock’s personality. The film contains familiar motifs like the blonde female lead, innocent man being pursued, and the incompetence of the police. This is Hitchcock’s only film in which the female and male leads are clearly married by the end of the film. My paper emphasizes how Thornhill’s growing love and dependence on Eve Kendall allowed him to overcome his myriad of faults and become a more complete person in the process.

Although I am uncertain of whether or not Vertigo deserves to be given the honor of being the best film in movie history, it is certainly a film that deserves recognition. Hitchcock’s use of camera techniques and dream sequences allows the audience to truly feel as if they are part of the film. Few movies draw as much suspense and audience interaction as Vertigo does which deserves reward. I do not think Mulvey is justified in her criticisms against Vertigo. For example, Mulvey states how Vertigo is a prime example of male dominance in cinema using the idea of the division between looking and being looked at. Much of Vertigo involves Stewart/Scottie following and observing Novak/Judy without her apparent knowledge or consent. Mulvey believes that that the person being looked at is the passive, weaker figure (women) and the person looking is the dominant, stronger figure (men). She implies that an imbalance of power between men and women is shown in the movie. Although Mulvey ignores how Stewart/Scottie is duped by Novak/Judy and Helmore/Elster through almost the entire film. Mulvey disregards how Novak/Judy is fully aware of Stewart/Scottie watching her and how Novak/Judy is using that to her advantage. Novak/Judy is able to fool Stewart/Scottie into thinking that she is Madeleine Elster possessed by Carlotta Valdes, is able to lead Stewart/Scottie into a rooftop chase where she knows Stewart/Scottie’s acrophobia will prevent him from following her to the top of the tower, and she and Helmore/Elster are able to throw the real Madeleine Elster off the top of the bell tower making Stewart/Scottie believe that he had just witnessed Novak/Judy’s suicide. Stewart/Scottie does not discover until almost the end of the film that Novak/Judy and Helmore/Elster knew of his acrophobia and used that to make him be a witness to the fake suicide of Madeleine Elster so that Helmore/Elster could murder his wife without placing suspicion onto himself. Thus, Stewart/Scottie is not the powerful figure in the film, Novak/Judy is. Mulvey fails to remark on how Stewart/Scottie is virtually unhappy throughout almost the entire film and is even forced to temporarily enter an asylum as a result of Novak/Judy’s actions. I believe that it is unfair for for Mulvey to suggest that Vertigo is a film that portrays male dominance when Stewart/Scottie frequently suffers at the hands of Novak/Judy throughout the film.

In Shadow of a Doubt, Alfred Hitchcock presents the theme of obsession, which is seen in many of his other films like Strangers on a Train, The Lodger, and Rear Window. Obsession is shown through the unhealthy dynamics of the Newton family, especially seen through the relationship between young Charlie and Uncle Charlie. From the beginning of the film, we see that Uncle Charlie and young Charlie are linked. For instance, they are both introduced into the movie in the same manner: introductory shots of Santa Rosa (where young Charlie lives) and Philadelphia (where Uncle Charlie lives), a camera shot of their bedrooms windows, and a scene of them lying in bed in the middle of the day. It immediately becomes apparent that young Charlie and Uncle Charlie have an inappropriate, almost incestuous, relationship with one another.  Young Charlie deems the two of them so close that she mentions how they are more like “twins” than uncle and niece. Mrs. Newton (Emma), who is young Charlie’s mother and Uncle Charlie’s sister, also has an obsession for Uncle Charlie. Emma’s obsession for her brother is so intense that it damages her relationships with her other family members like her husband. For example, Mr. Newton (Joe)’s newspaper, pillow, and chair are taken away from him by Emma to be given to Uncle Charlie. Also Uncle Charlie is seated at the head of the table (where Joe should be sitting) while Joe is forced to sit with the children during dinner. In fact, Uncle Charlie with the help of Emma and Young Charlie, replaces Joe Newton as the head of the family, demoting Joe to the status of a child as shown by him getting gifts at the same time as the young Newton children. Young Charlie and Emma’s obsession with Uncle Charlie results in them ignoring the oddities of Uncle Charlie’s abrupt arrival to Santa Rosa and Emma remains blissfully unaware of the true nature of her brother, “The Merry Widow Murderer”, throughout the entire film despite the multiple clues Uncle Charlie unconsciously reveals, like his monologue on how disgusting rich widows are. Through the theme of obsession, Hitchcock displays the dis-functional nature of many family relationships to the point where said relationships are destructive. Hitchcock portrays how what may appear perfect on the outside (Uncle Charlie and the Newton family) may actually be more like a cesspool.

A reoccurring motif in Hitchcock’s films is of the innocent man being pursued by various forces like the police or villains. In the film The Lodger, the Lodger is falsely accused of being the serial kill, the Avenger, and is hunted down by Joe, the police, and an angry mob of civilians until Joe discovers that the real Avenger has already been caught and ends up rescuing the Lodger from a fiasco that he created. In the film Blackmail, though Tracy is a criminal, he is also falsely accused of a crime he did not commit, pursued by Frank and the police, and ends up falling to his death while trying to escape. 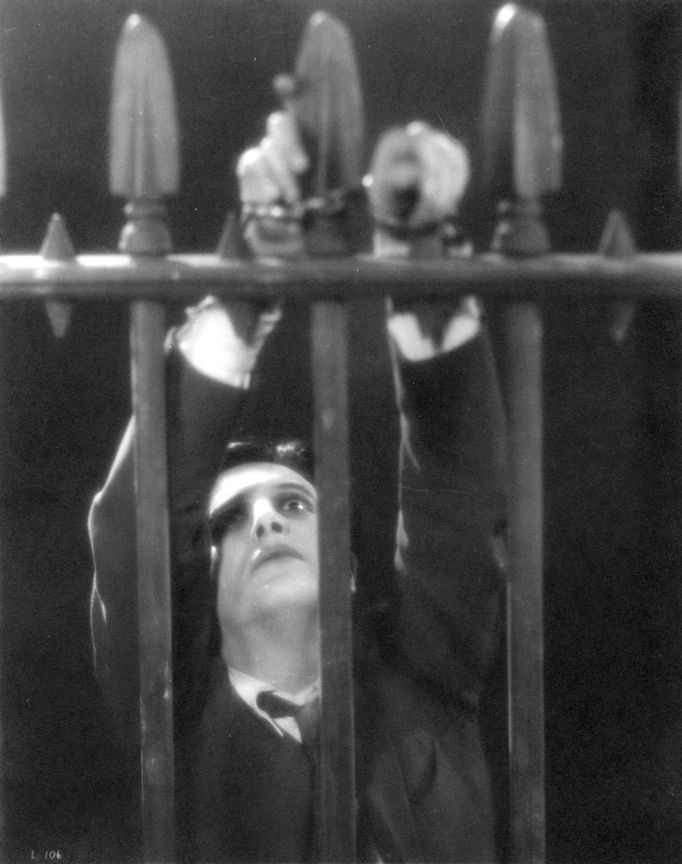 The Lodger’s handcuffs caught on metal fence posts while trying to escape from Joe and the police’s clutches. http://www.zyzzyva.org/2014/01/30/the-work-of-love-is-revenge-alfred-hitchcocks-the-lodger/

Joe saving the Lodger from the angry mob after discovering the Lodger’s innocence. http://www.ferdyonfilms.com/page/3/?s=marilyn+ferdinand 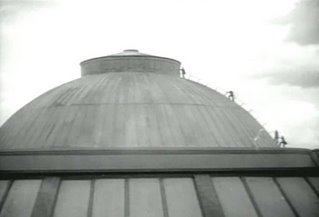 Tracy being chased onto the skylight of the British Museum by Frank and two other policemen. In moments, Tracy will die as he falls through the glass roof. http://filmscreed.blogspot.com/2006/11/blackmail-hitchcock-blog-thon.html