In the beginning of the film, at the train station, it is prominent that Uncle Charlie and little Charlie have an interesting relationship. The cutting between Charlie and her uncle walking towards each other reveal their

emotions. While lying in bed in the opening scene, Young Charlie also suggests her “desire to cure her family” and do something for her mother.

The incestual relationship between Uncle Charlie and Young Charlie could represent a “marriage” among the family, as Uncle Charlie gives Charlie the ring as a gift. Upon his arrival, Charlie also reminisces with Charlie’s mom about their childhood. In this manner, Uncle Charlie takes over the role of Joe. Therefore throughout the film, Joe disappears, and “Charles strips his sister of her marital status and attempts to return to the world of their childhood.” 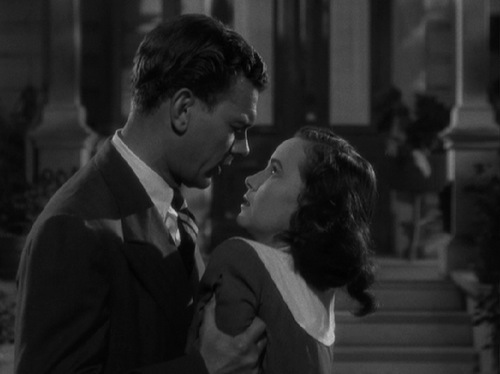 After Young Charlie realizes that her Uncle is the Merry Widow Murderer, her outlook towards Uncle Charlie changes and she becomes scared of him. However, in the beginning of the film, Young Charlie believes that the arrival of her uncle will save the family. When she becomes aware of the murders, her motivations change as she tries to get him to leave Santa Rosa.