One of the many themes that reappear in many Hitchcock films is the likable villain.  Some of these characters include Professor Jordan in The 39 Steps, Alex Sebastian in Notorious, Bruno Anthony in Strangers on a Train, and Charlie Oakley in Shadow of a Doubt. Hitchcock paints all of the characters in such a light that his viewers feel pangs of guilt when bad things happen to them.  These characters are often played by handsome, suave actors; this helps further divert the audience’s morality.  Considering these characters are pretty much evil people (i.e. Nazis, murderers, etc.), Hitchcock does a fantastic job of making them as sympathetic as possible.  When the audience starts siding with these characters, they start questioning their own morality, leading to a more uneasy and unsettling experience in the theatre. 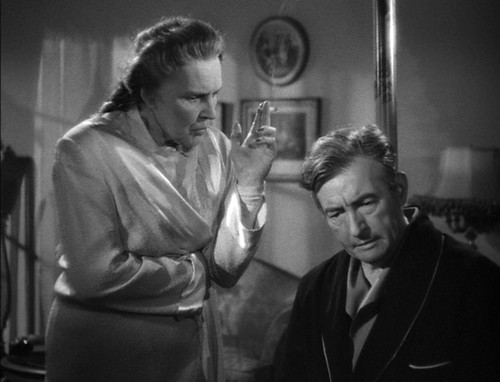