“Strangers on a Train” is a film centered around the motif of criss-crossing. The main plot of the film is about exchanging murders with a total stranger, Bruno kills Guy’s ex- wife in exchange for Guy killing Bruno’s father. Since both men are total strangers there is no way that either could be seen as culpable. The plot causes two strangers path’s to be criss-crossed with each other, which is why Hitchcock emphasizes this motif by repeatedly putting criss-crossing images into his film.

Two image is in the opening scenes of the film demonstrate this motif, the train tracks, and Guy’s and Bruno’s shoes. 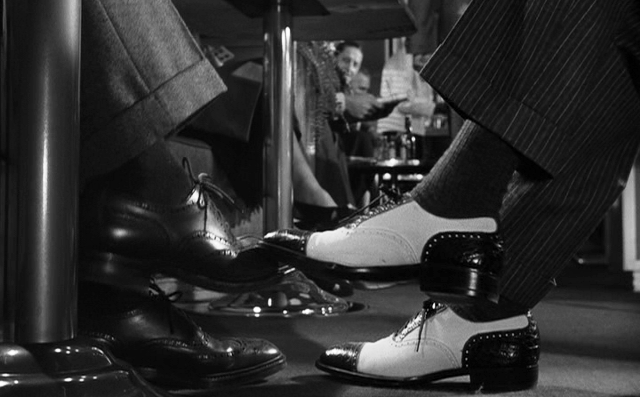 Another example of the criss-crossing in the film is when Bruno is staring straight ahead during the tennis match and everyone else around him is following the match.

3 thoughts on “Criss-cross in Strangers on a Train”